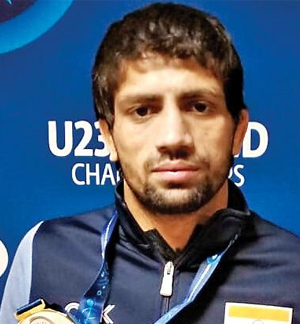 Ravi Kumar was born on 12th December 1997 in Nahri Village of Sonipat Village in Haryana, India, to Rakesh Dahiya (father) and Urmila Devi (mother). Despite poor financial conditions, his father, Rakesh, travelled for almost 10km daily at the Chhatrasal Stadium to provide him milk and fruits to maintain his diet for nearly 10 years. His professional wrestling started after participating in the 2015 Junior World Wrestling Championship, where he was fortunate to win a silver medal in the 55 KG weight category.

In the 2018 U-23 World Wrestling Championship, he showed his master skills and won a silver medal. In the 2021 he won Gold at the Asian Wrestling Championship, Almaty followed by Golds at Asian Wrestling championship, Ulaanbaatar and the Dogu Ranking Series wrestling tournament, Instanbul 2022 and silver at the International wrestling tournament at Bulgaria 2022. Ravi Dahiya made it to the history books by winning silver at the 2020 Tokyo Olympics after losing the semi-finals.