Adani Sportsline was created in 2019 with an overarching philosophy to inculcate a culture of sports that nurtures sporting talent, accelerates the sports economy, and plays the role of an enabler in India’s journey to become a leading sporting nation. It is a part of the Adani Group, a diversified business organization with a presence in ports, logistics, energy, utility, and infrastructure. In line with the group’s vision of nation-building.

Today, Adani Sportsline’s flagship sports brand - Gujarat Giants is associated with some of the best-known league in India, including the Gujarat Giants (Kabaddi, Kho-Kho, Cricket), Gulf Giants (International Cricket team), and the Adani Ahmedabad Marathon. World-class athletes like Ravi Dahiya, Deepak Punia, and Rani Rampal have all gained international recognition thanks to their skills and achievements at Adani Sportsline.

Mission:
To inculcate a culture of sports at the grassroots level and create globally competitive opportunities for future champions in India 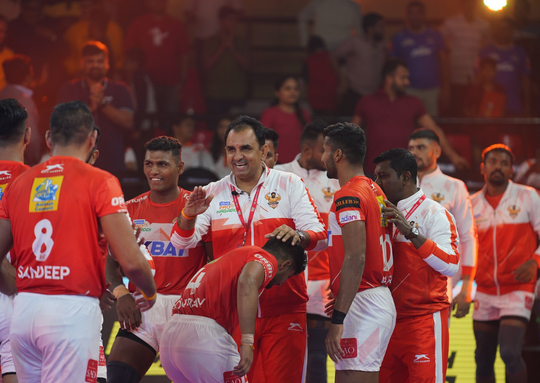