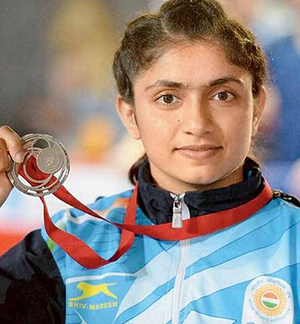 Pinki is a flyweight Indian boxer from Hisar, Haryana and a four time national champion. Pinki is known as Giant Killer due to her achievements in domestic competitions.