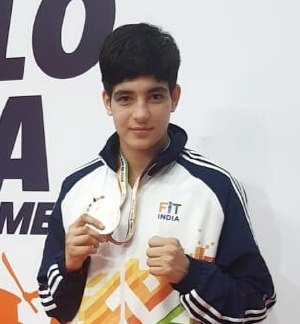 
Parveen had been content looking to make a mark in the youth category, when she learned that her name had been put forward to participate in the open trials for the National Camp. That was the doing of Sudhir Hooda, her first coach in Rurki.

On learning that open trials were being conducted, he had asked the Haryana Boxing Federation to put up Parveen's name in the draw. But while she had won a gold medal at the 2017 Youth Nationals, she was entirely untested at the senior level. For all her pre-bout fears, it was her opponents who were in for a surprise.

Parveen earned a unanimous 5-0 win over the multiple world medalist Sarita Devi and then beat two other senior boxers to earn her place in the national camp. It wasn't the first-time coach Sudhir had spotted the glimmer of potential in Parveen.