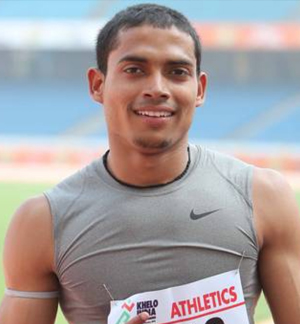 Nisar Ahmad first made the sports pundits in the country sit up and take a note with his terrific show in the inaugural Khelo India Youth Games in the year 2018. It was the final of the 100m dash and two runners were already disqualified for false starts.

When the starter pistol went off for the third time, Nisar Ahmad seemed to have hesitated a little; the start was slow but Nisar overcame it brilliantly in the last 30m and clinched the gold medal with a personal best timing of 10.76 seconds and registered an Under-16 national record.

This run sent the Indian sporting world into frenzy, the media houses went all in and Nisar was named ‘The Lightning Bolt from India’.