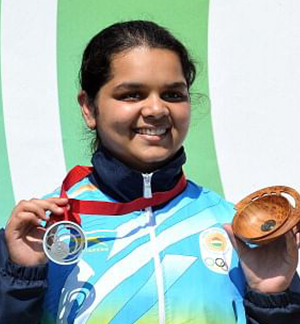 Goel started her shooting career in 2008, By the age of 20, she had grabbed as many as 16 international medals. She was the youngest medalist at the 2014 commonwealth games to have won a medal.

Goel won a silver medal at the senior national championships in the 10 meter Air Pistol competition. In the same year, she also won a silver at the Asian Air Gun Championships in China in the juniors category. In its 2013 event held in Tehran, Goel scoring 197.7 points won the gold medal in the Youth section.