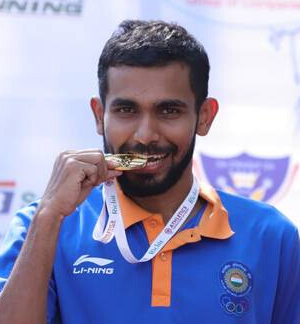 Irfan, whose full name is Irfan Kolothum Thodi, was born in the village of Kuniyil in Malappuram, Kerala. While his father Mustafa KT was a labourer who collected coconuts, Irfan’s mother Zuleika is a housewife.

As a youngster, K.T Irfan had a fondness for sports like football, hammer throw, javelin throw, and long jump rather than race walking. It was in 2010 when K.T Irfan’s race-walking dreams got momentum. He joined the army as a sepoy and trained with Subedar Ramkumar at the Madras Regiment Center.