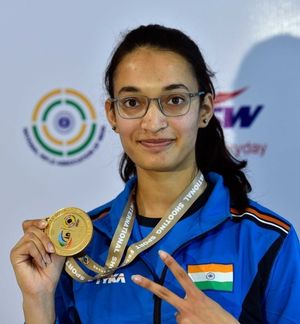 In 2015, Chinki made her international debut at the Asian Shooting Championships, where she won her first international medal by clinching Bronze at the 25 m Air Pistol at the women’s junior held at Kuwait.