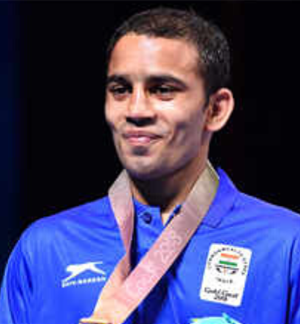 Amit’s boxing journey has been a tough one. The financial condition of the family wasn’t good and both Amit and his elder brother, Ajay wanted to pursue boxing. Amit used to borrow gloves from his friends in order to practice. Ajay eventually gave up his ambitions when he joined the Indian Army to realize Amit’s boxing dreams.