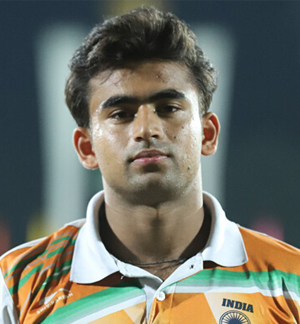 Being raised in a family of Javelin enthusiasts, Shivpal was always inclined towards the sport. But it his uncle, national level Javelin player himself serving in the Indian Airforce who inspired him to pursue the sport professionally. , Shivpal started playing when he was just 12 years old and has been playing the sport for more than a decade now. His fondest memory of the sport is bagging a gold at the World Military Games in China. Standing on the podium, he was proud to see the Indian flag rise soar high.

Shivpal’s biggest accomplishment remains a throw of 86.23 metres at the Asian Championships in Doha which is his personal best. He aims to become the best javelin thrower this country has ever produced and wants to win a medal for the country at the Olympics.